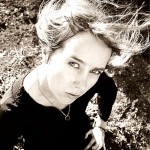 After Fusion had been released, Eilera surrounded herself with a live band and toured Finland.

She then entered home-studio again in southern France, and recorded 10 songs of darker and rougher material. ‘I needed to explore new territories in composing and in recording… Exploring the darker side was a very exciting experience!’, she said.

Thus enriched as a songwriter and as a composer, the next and natural step would be – teaming with guitarist Loïc Tézénas still – to start and finish the demo for the new Eilera album.

This demo is now ready…

Eilera and band are currently booking shows in France, as well as in the neighbouring countries.

They will enter studio and record the new album as soon as they have signed a new deal with a record company.

Until then, they will offer a mix of their old and new songs to their public.