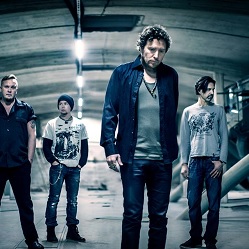 “Our greatest role models have broken limits in their genres. For us it is a natural way of making music” says the singer-guitarist Mikael Vehkaoja.

During the summer of 2013 the band recorded their debut album, produced by Hiili Hiilesmaa (HIM, Amorphis, Apocalyptica). The record was released on 7th of February 2014.