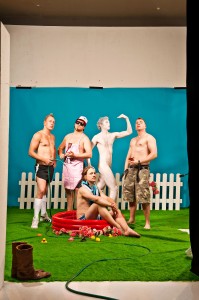 The album carried Collarbone through an intensive one-and-a-half-year touring mayhem in their native country Finland and in the Baltic countries – and the beat goes on: In January 2012 CB, as friends like to call them, will embark on a four-date mini-tour in Estonia and in Latvia.

Collarbone was grounded in the year 2000. The band released their first ep “Devil in Miss Verril” back in 2004 and the first full-length album “The Back of Beyond” in 2007. For once, it is justified to say that the band has built its fan base with hard work and relentless touring.